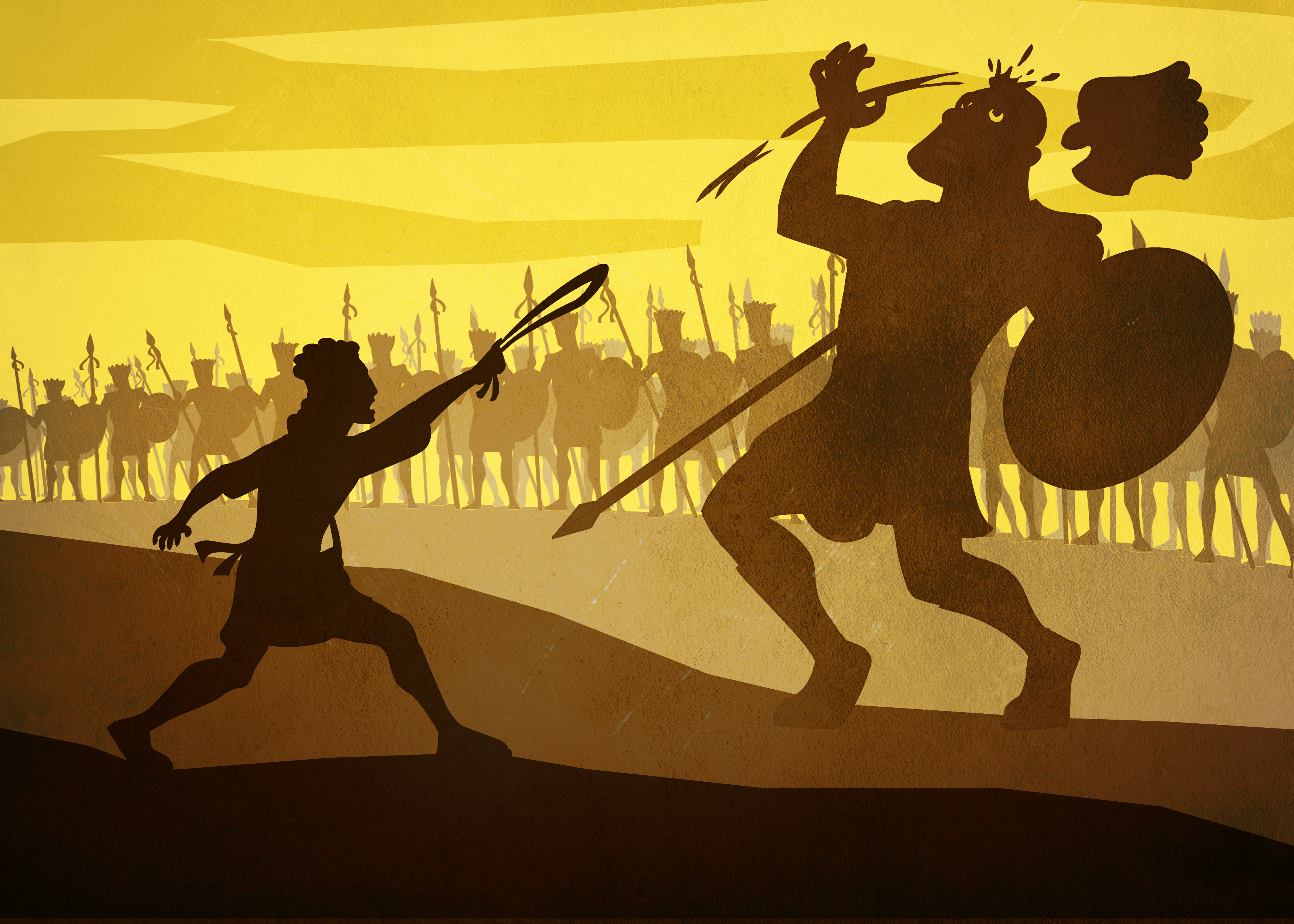 The Goliath that David faced was a SINGULAR event. Goliath was an overwhelming force of evil that stood against David. By God’s mercies, most of us do NOT have to contend with such insurmountable problems.

David’s response was to confront Goliath in mortal combat. The stakes were high. David staked his life. David slew Goliath with a sling and stone, and about a decade later, overcoming similarly mortal challenges of being pursued by Saul, he became Israel’s second king.

David’s victory over Goliath creates a strong impression on Christians. They may develop expectations of David’s earthly outcomes when they face life challenges.

The latter is true; when that person is in disobedience. This person sows into their carnal flesh, reaping death in their lives to fulfill Rom8:6, to be carnally minded is death, and where God is not mocked of Gal6:7-8.

The New Testament Davids and their Weapons

This post offers the perspective that earthly outcomes will likely be unfavorable when one is led by the Spirit of Rom8:15 and fulfilling the Law of Christ of Gal6:2.

In the New Testament, Christians throughout the ages have also confronted their Goliaths; Martyrs are the present-day Davids.

This view stems from the observation that martyrs emulate the GREATER David, who is Jesus Christ. God the Father defeated Satan, the GREATER Goliath, by the Lord Jesus’ crucifixion, death, and resurrection. The Lord Jesus is the ROCK of all ages (Isa26:4), and the CROSS was the weapon delivery system (God’s sling) to secure man’s salvation.

The Lord Jesus’ suffering on the cross, Him crucified, and death was His weapons that secured His victory for God the Father,  even as David’s weapons were sling and stone that defeated Goliath.

God does not call for all Christians to be Martyrs, for the burden of martyrdom usually exceeds more than one can bear. However, the 5th seal of Rev6:9-11 paints the picture of many Christians facing martyrdom in the end times.

How does one prepare for martyrdom? This question is for another post, and deep down in my soul, I do not feel qualified to explore this subject. So, I will reflect on this question as exploratory as possible and guard against being conceited.

For 1Co10:13 says, “There hath no temptation taken you but such as is common to man: but God is faithful, who will not suffer you to be tempted above that ye are able; but will with the temptation also make a way to escape, that ye may be able to bear it.”

Christians must value their weapons, the same weapons wielded by martyrs, of suffering and death-like, by denying the body to fulfill its carnal lusts—the eternal rewards of ruling with Christ as kings-priest awaits as spoils of war.